How to Create Urgency in Sales Using the "FOMO Button" 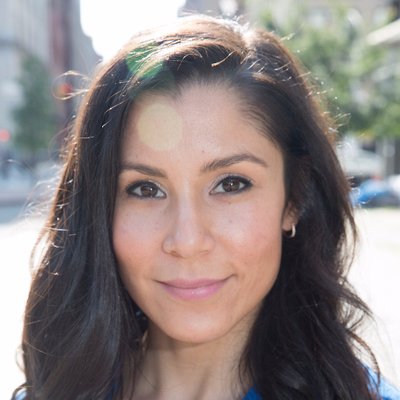 I just got a message from a member that hit his $1M mark in sales….

And he’s only been selling at his new startup 2.5 months….

(And yes, I text with my students and spend more time on Instagram than Facebook...typical millennial over here...).

Anyway, I asked him how he did it and he said,

“you just have to figure out how to hit their FOMO button.”

Brilliant. Why didn't I think of that.

For those living under a rock, FOMO stands for "fear-of-missing-out" and it's a huge motivator of group behavior and great sociological lever to increase the likelihood of getting a complex deal done.

We all have a massive FOMO Button that needs to be pushed to get us to come to decisions faster.

The more time that goes on, the less likely we will take action.

Our success getting to the top of the food-chain as humans is a direct result of our species paying keen attention to our FOMO button.

In other words, evolution has programmed us to play keen attention to our FOMO button.

In other words, evolution has programmed us to play keen attention to our FOMO button.

This FOMO button also explains why we're all a little addicted to checking social media but let's stay on topic here.

So, how do we hit our prospect's FOMO button with integrity to get a deal done faster?

(1) You can’t authentically create FOMO unless you weave it in from the beginning of your sales process. You can't make a deal "more urgent" mid process on the sales side as prospects can often sense that as weakness.

(2) You can’t BS the FOMO. The FOMO has to be legit for the group to take action on the business purchase.

For example, your mid deal and the business is being slow to decide and you say, if we get this done this month I’ll give you 15% off. But if not, I can't give your company a discount.

(We all know software companies do this notoriously and it's BS 95% of the time, they can always give you the discount - the software probably isn't going anywhere or getting any more expensive ;).

If anything, that approach inspires the wrong kind of FOMO and makes the group want to look elsewhere because you just made yourself (and your company) a little sleezier.

Instead, authentically & honestly weave it in from the beginning your sales process and into the actual time value of NOT using your product/service.

aka. Hit their FOMO buttons.

- How much money is lost each hour that goes by not using your solution? Figure it out for them.

- How much time? Ask the right questions to figure it out for them specifically.

-How many employees leave because your prospect's ________ is lame? What does this cost them in time and money?

-How many extra employees does your prospect need to pay and hire because they have redundant processes that can be fixed with your solution?

-How much more competitive advantage or market share are your prospect's competitors gaining each moment they aren’t using what you have or the information you provide? (this one's a biggie).

This stuff isn’t obvious to your prospects (and they don't want to think about it because it's often really painful) so you literally gotta spell it out for them to hit their FOMO buttons.

….explain how Pepsi/Coke/whatever caught their bottling problem early and saved $20M by implementing your software EARLY.

….create urgency in each sales meeting by insisting your follow ups be next day, not next week. If they push back because of “their schedule” ask them if it’s no longer a big priority to them...Better to see where you really stand on their priorities sooner rather than later.

P.S. Cheers to Roy for being a complete BOSS. Can't share all the details because confidentiality stuff but proud of you Roy.

In this interview, we unpack Skore's journey from raising a seed round to getting the first customers and now to a quickly growing team of 20+ employees.